Welcome to DMM’s 3/20/17 Movie Monday, where I’ll help you tackle movie night with brief reviews of movies and videos you may have missed that are worth the rental or purchase. This week, it’s all about movies that pit angels against demons. 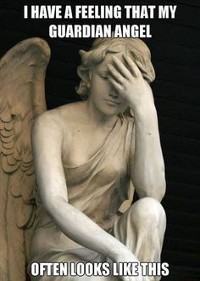 I’m a sucker for this genre, and it’s one that many filmmakers seem fascinated by, too. Many of the modern interpretations explore the notion of angels not as loving, watchful caretakers, but as the footsoldiers of God. Here are a few of the most well-reviewed examples of the form. 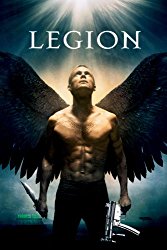 Legion (R)
At a remote desert truck stop, the fate of the world will be decided. Evil’s armies are amassing. Armed and united by the Archangel Michael, a group of strangers become unwitting soldiers on the frontlines of the Apocalypse. Their mission: protect a waitress and her sacred unborn child from the relentless, bloody siege of the demonic legion.

Stars the excellent Paul Bettany, with a supporting cast that includes Dennis Quaid, Tyrese Gibson and Charles S. Dutton. The premise is that God has decided that man has become too wicked to be worthy of redemption, so He’s sent the archangel Gabriel and his army of angels to exterminate humanity from the face of the Earth. The archangel Michael believes God should have pity, and that an as-yet unborn child in a dusty desert town holds the key to man’s salvation. Michael descends to take up arms with the inhabitants of the town. 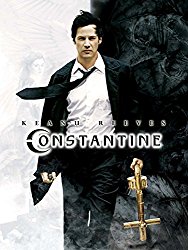 Constantine (R)
Based on the ground-breaking DC/Vertigo comic book “Hellblazer,” Keanu Reeves plays John Constantine, a modern-day mystic on a personal quest to send demons hiding on Earth back to Hell.

A very noir take on the genre. John Constantine is human, but he moves among both angels and demons. Constantine believes he’s already damned, but hopes he can earn his get-out-of-Hell ticket by exorcising demons from the innocent. This movie has been praised for its special effects, and in particular for its frighteningly believable depiction of Hell. The stellar supporting cast includes Rachel Weisz, Tilda Swinton, Shia LeBeouf, Djimon Hounsou, Peter Stormare and Gavin Rossdale. 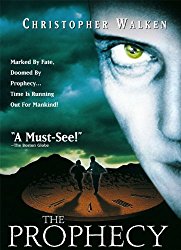 The Prophecy (R)
The angel Gabriel comes to Earth to collect a soul which will end the stalemated war in Heaven, and only a former priest and a little girl can stop him.

The premise is that the soul of the most evil, ruthless and bloodthirsty man to ever live is trapped within the body of a little girl. Archangel Gabriel has designs on that soul, as he’s trying to win an angelic civil war and needs a general to lead the charge. Lesser angel Simon hopes to save the girl and her town, but he’s going to need help from the townsfolk and a priest who’s lost his faith. What a cast in this one! In addition to Christoper Walken as Gabriel, there’s Virginia Madsen, Eric Stoltz as the angel Simon, Viggo Mortensen as Lucifer, Amanda Plummer and Adam Goldberg.