A recent software update has brought full-color Emoji icons to the Fire tablet and Fire phone keyboards! Note that I haven’t tested this feature on all Fire tablets, so it may not be supported in first- and second-generation models. I’ll let the pictures tell the story (tap or click on images to view an enlarged version in a new tab or window).

Begin by opening your Fire keyboard. Tap the lower left-hand key (red arrow below) to open the numbers and symbols keyboard.

On the numbers and symbols keyboard, tap the smiley face key (red arrow below) to open the Emoji keyboard.
By default, the Emoji keyboard opens on the ‘most recently used’ tab (red arrow below), where your most recently-used Emoji will be available for your convenience. Each of the other colored arrows below points to a category of Emoji, and as you can see, there are a LOT! The selected Emoji tab is indicated by a narrow orange stripe above the icon. Below, that stripe is above the clock icon, for the ‘most recently used’ Emoji tab.

Note that there are many more than the first set I show above. At the very bottom of the screen there are three white dots: each dot represents and links to a separate screen, so you can tell there are two more screens of Emoji to choose from in this category.

The category symbols don’t always match the Emoji available in that category exactly, however. Below, I’ve selected the flower icon, which would seem to indicate nature and animals, judging by what’s available here. First you’ll find a lot of animals; so far, so good. Makes sense.

…but the next screen of Emoji in this category includes food and beverage items. Bottom line: you really have to page through all the different Emoji categories and screens for yourself to see which Emoji are available, and where to find them. Fortunately, if you have favorites, they’ll turn up on the ‘most recently used’ tab after you’ve used them.

Here’s a demonstration of sending Emoji in an email using the Email app on my Fire tablet. As you can see, the last Emoji I selected was the guitar, from the chess piece tab (games and entertainment?).

Here you can see what the email looked like when I opened it in the email app on my Fire. All the Emoji are preserved. However, this will not always be the case.

Here’s what that same email looks like when I open it in Gmail on my computer.

None of the Emoji are in color, and the alligator Emoji didn’t display at all and was replaced with what we techies call a “garbage character”. Still, most of them did come through as pictures, at least.

I can’t say for certain how these will work when you use them in mobile social media apps like Facebook or Twitter, because I don’t use those apps on my Fire tablet (and don’t want to—I’m pretty reluctant to link my various accounts and devices), but since I’ve seen others using the black-and-white versions of many of these Emoji in their Facebook and Twitter postings I’d think most of them will translate.

If you want to be sure, try sending yourself a test social media post/update with the Emoji you’d like to use in it, then view the post/update on both your mobile device and your regular computer. My guess would be they’ll show up in color in the mobile app, but only black and white on the computer.

Now go have some fun with Emoji!

Generations of students and technical professionals have relied on the 4.5/5 star -rated Texas Instruments TI-84 Plus Graphing Calculator, and right now (as of 8/5/15) you can get it at 47% off on Amazon: $99.99 instead of the usual $189. Whether for yourself, or a student who’ll be taking some advanced math or engineering courses during the next school year, it’s a great buy. 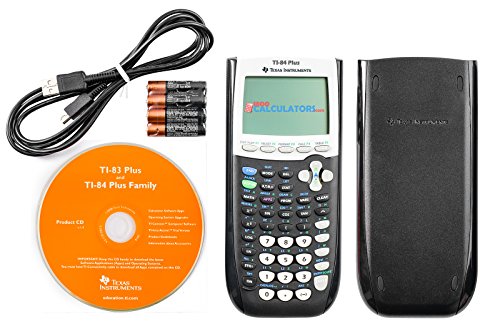